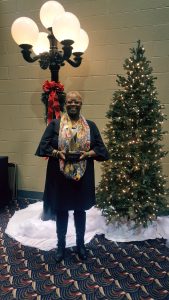 The WIBU Lifetime Achievement Award honors a woman who has dedicated her life to be a leader and role model and is selected by the WIBU Board of Directors. In addition to a framed certificate, WIBU will award a scholarship in Chin’s name to a full-time, non-traditional female student enrolled in a local college/university.

The ATHENA Leadership Awards are nationally-recognized awards which WIBU has been pleased to present for twenty years. From a pool of eleven nominees, the ATHENA judges had the unenviable task of choosing the 2018 ATHENA Award Recipients. The ATHENA Award honors individuals who strive toward the highest levels of professional accomplishment, who excel in their chosen field, have devoted time and energy to their community in a meaningful way, and who open doors for women.